WAR. You did what you had to do.

Little things in our lives bring up memories and old stories. My grandfather stood on the American side of the Rio Grande and watched the Mexican Revolution. My uncle de-bunked stories my dad told me!

The thing that still sticks in my mind is that my father told me he had seen no action in WWII and wasn’t in the Korean War. After he passed away, I found tons of photos from WWII.  He was in the war. My uncle explained my dad didn’t want to talk about it — nightmares no participant wished to remember.

I was able to get in touch with a shipmate, Harold, who was willing to share some stories he remembered about my dad. They were on a Landing Shore Deployment (LSD) ship. (Equipment and troops are loaded in the belly of the ship and taken ashore.) Harold said my father was a machinist and the ship’s photographer. 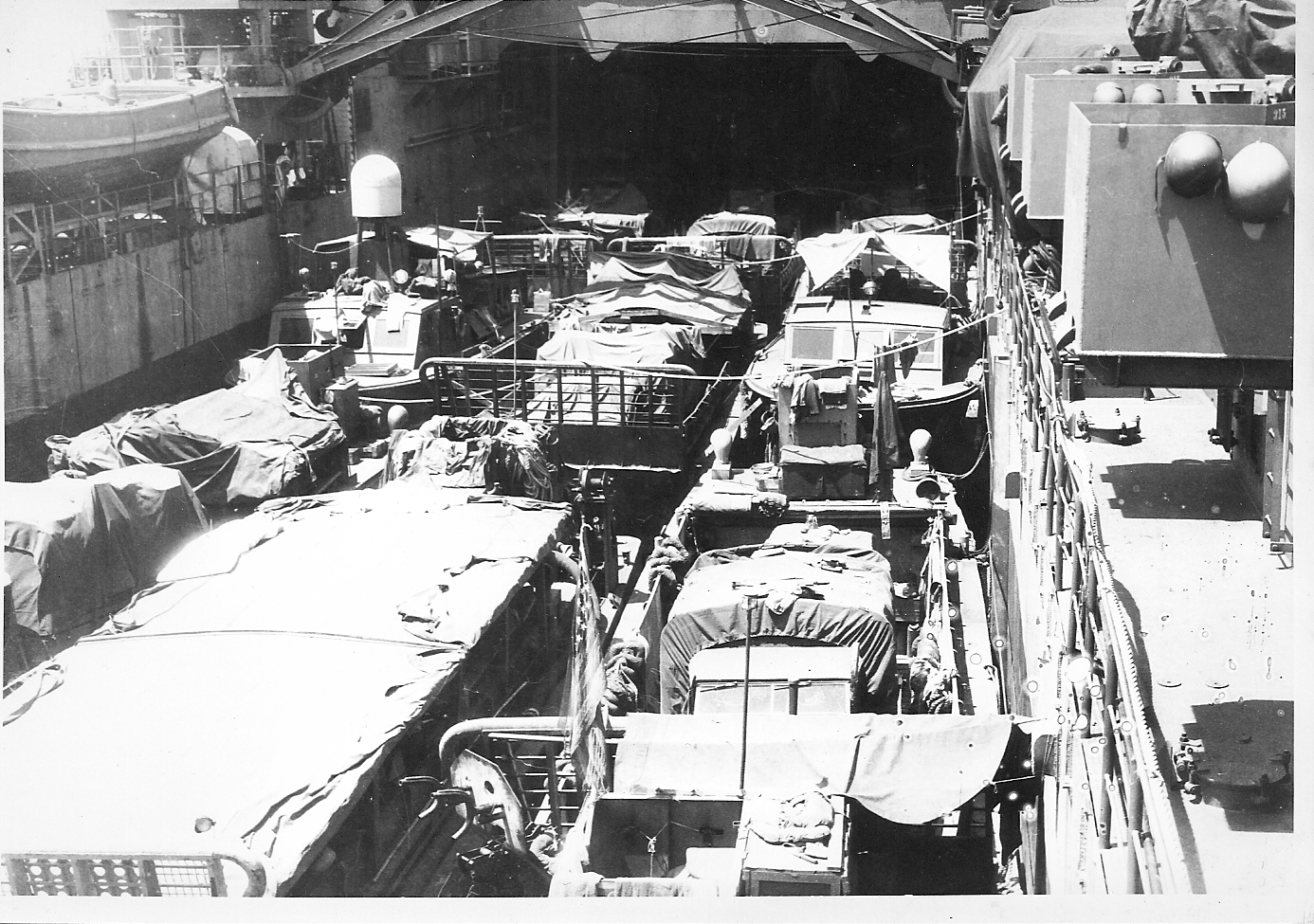 One particular story I thought was funny/sad was that there was no shore leave during WWII. The birthday sailors of the month were given a case of beer, put in a dinghy, and pulled behind the ship.

You might enjoy this from Col D. G. Swinford, USMC, Ret and history buff. 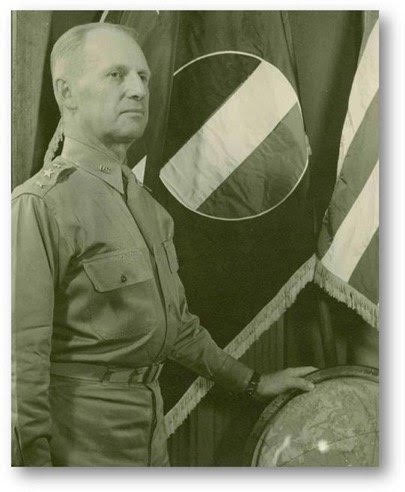 2. The youngest US serviceman was 12 year old: Calvin Graham, USN. He was wounded and given a Dishonorable Discharge for lying about his age.  His benefits were later restored by act of Congress. 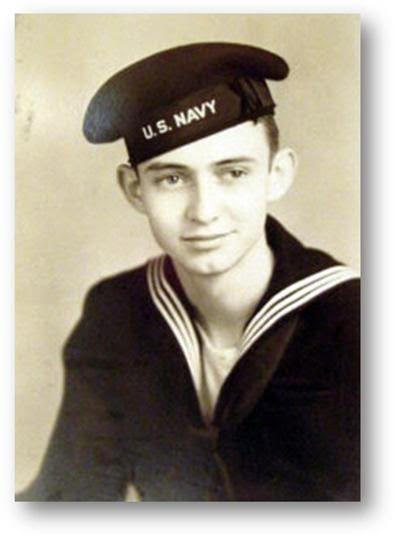 3. At the time of Pearl Harbor, the top US Navy command was called CINCUS (pronounced ‘sink us’); The shoulder patch of the US Army’s 45th Infantry division was the swastika. Hitler’s private train was named ‘Amerika.’ All three were soon changed for PR purposes. 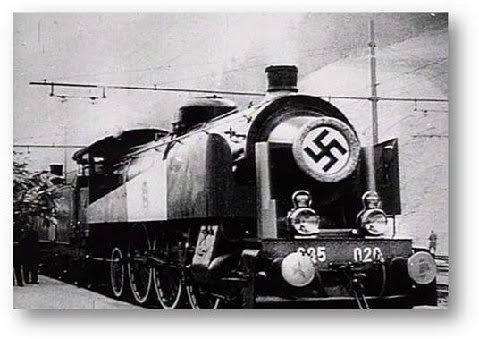 4. More US servicemen died in the Air Corps than the Marine Corps. While completing the required 30 missions, an airman’s chance of being killed was 71%.

5. Generally speaking, there was no such thing as an average fighter pilot. You were either an ace or a target.  For instance, Japanese Ace Hiroyoshi Nishizawa shot down over 80 planes. He died while a passenger on a cargo plane. 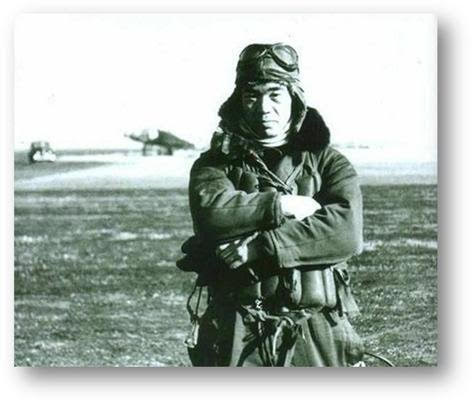 6. It was a common practice on fighter planes to load every 5th round with a tracer round to aid in aiming. This was a big mistake. Tracers had different ballistics so (at long range) if your tracers were hitting the target 80% of your rounds were missing. Worse yet tracers instantly told your enemy he was under fire and from which direction. Worst of all was the practice of loading a string of tracers at the end of the belt to tell you that you were out of ammo. This was definitely not something you wanted to tell the enemy. Units that stopped using tracers saw their success rate nearly double and their loss rate go down.

7. When allied armies reached the Rhine, the first thing men did was pee in it.  This was pretty universal from the lowest private to Winston Churchill (who made a big show of it) and Gen. Patton (who had himself photographed in the act). 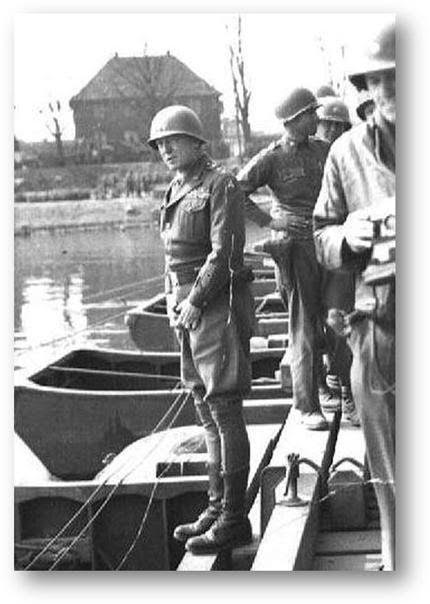 8. German Me-264 were capable of bombing New York, but they decided it wasn’t worth the effort.

9. German submarine U-120 was sunk by a malfunctioning toilet. 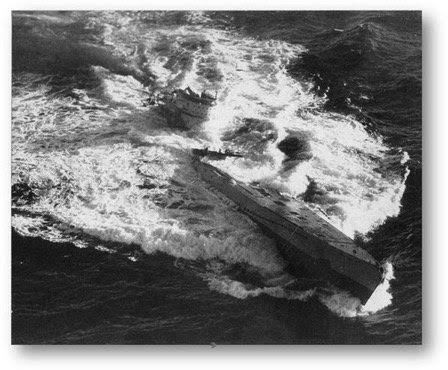 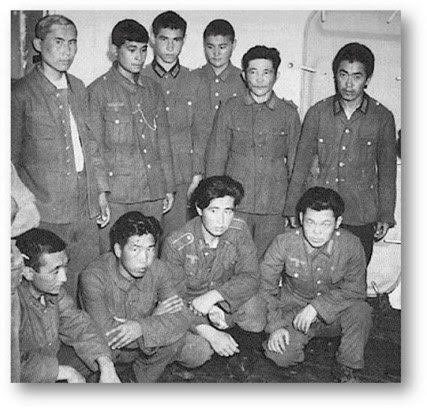 11. Following a massive naval bombardment, 35,000 United States and Canadian troops stormed ashore at Kiska, in the Aleutian Islands. 21 troops were killed in the assault on the island……. It could have been worse if there had actually been any Japanese on the island.

12. The last marine killed in WW2 was killed by a can of spam. He was on the ground as a POW in Japan when rescue flights dropping food and supplies came over, the package came apart in the air and a stray can of spam hit him and killed him. 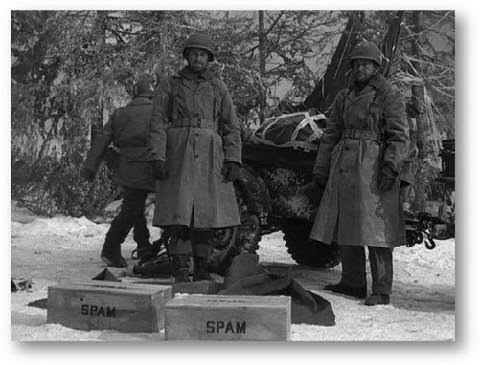 Minor corrections to above – according to my records; the sub with the malfunctioning toilet was actually U-1206, not U-120.

uboat.net is an apolitical site – our focus was primarily the U-boat War 1939-1945 – but has since expanded to WWI and allied naval vessels of WWII.

On 14 April 1945, 24 days before the end of World War II, while U-1206 was cruising at a depth of 200 feet (61 m), 8 nautical miles (15 km; 9.2 mi) off Peterhead, Scotland, misuse of the new toilet caused large amounts of water to flood the boat.[5] According to the Commander’s official report, while in the engine room helping to repair one of the diesel engines, he was informed that a malfunction involving the toilet caused a leak in the forward section. The leak flooded the submarine’s batteries (located beneath the toilet) causing them to release chlorine gas, leaving him with no alternative but to surface.[5] Once surfaced, U-1206 was discovered and bombed by British patrols, forcing Schlitt to scuttle the submarine. One man died in the attack, three men drowned in the heavy seas after abandoning the vessel and 46 were captured.[6] Schlitt recorded the location as 57°24’N 01°37’W? / ?57.400°N 1.617°W? / 57.400; -1.617 but the wreck could not be located.

A large number of sources incorrectly attribute this incident to U-120.[8]

Also on the Korean soldiers;

Yang Kyoungjong (March 3, 1920 – April 7, 1992) was a Korean soldier who fought in the Imperial Japanese Army, the Soviet Red Army, and later the German Wehrmacht during World War II. In 1938, at the age of 18, Yang was in Manchuria when he was conscripted into the Kwantung Army of the Imperial Japanese Army to fight against the Soviet Union. At the time Korea was ruled by Japan. During the Battles of Khalkhin Gol, he was captured by the Soviet Red Army and sent to a labour camp. Because of the manpower shortages faced by the Soviets in its fight against Nazi Germany, in 1942 he was pressed into fighting in the Red Army along with thousands of other prisoners, and was sent to the European eastern front.

In 1943, he was captured by Wehrmacht soldiers in Ukraine during the Third Battle of Kharkov, and was then pressed into fighting for Germany. Yang was sent to Occupied France to serve in a battalion of Soviet prisoners of war known as an “Eastern Battalion”, located on the Cotentin peninsula in Normandy, close to Utah Beach. After the D-Day landings in northern France by the Allied forces, Yang was captured by paratroopers of the United States Army in June 1944. The Americans initially believed him to be a Japanese in German uniform; at the time, Lieutenant Robert Brewer of the 506th Parachute Infantry Regiment, 101st Airborne Division, reported that his regiment had captured four Asians in German uniform after the Utah Beach landings, and that initially no one was able to communicate with them. Yang was sent to a prison camp in Britain and later transferred to a camp in the United States. After he was released at the end of the war, he settled in Illinois where he lived until his death in 1992. He is survived by two sons and one daughter, but did not tell them his story during his lifetime.