Do you remember diagramming? 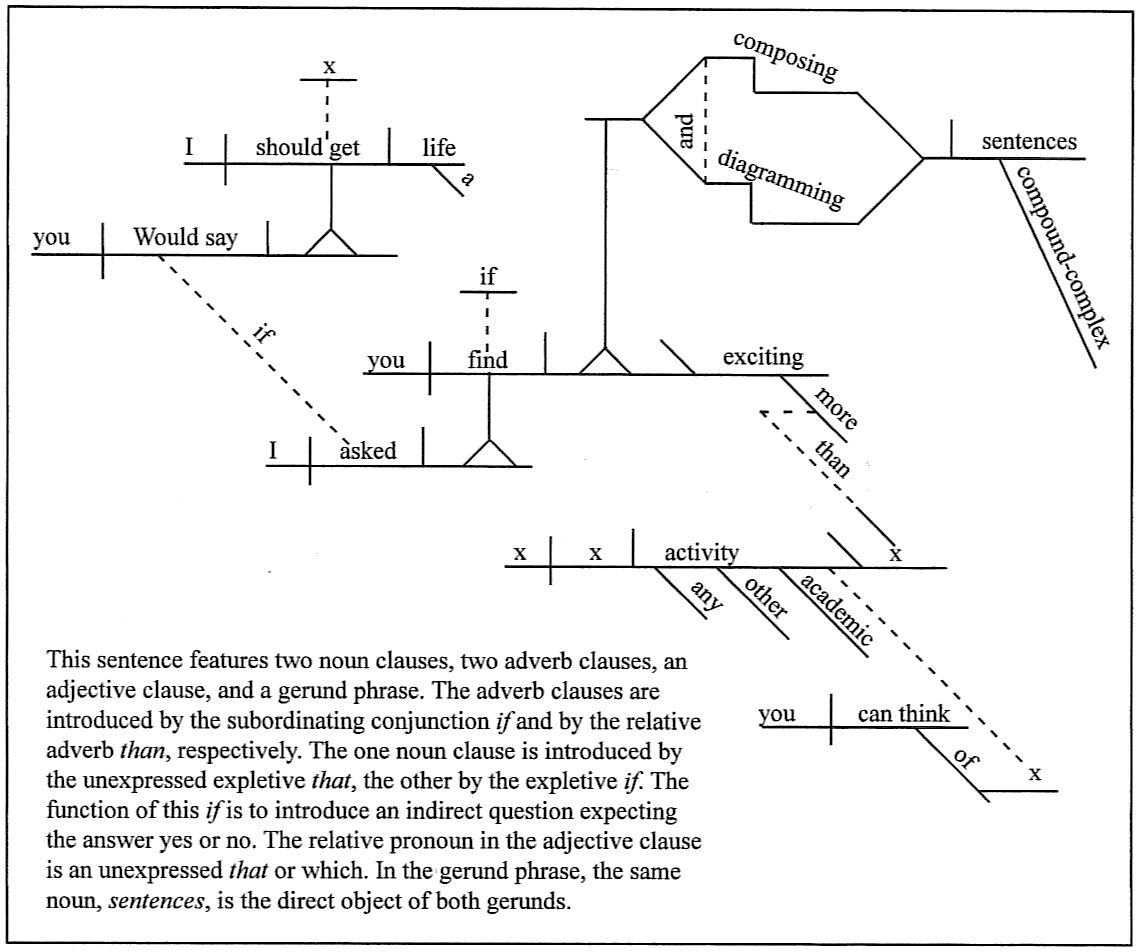 WOW! I used to like diagramming until I saw this chart. I had forgotten entirely about the multitude of terms: gerund phrase, split-infinitive, subordinating conjunction, and the list goes on. When I saw this chart, I remembered a pamphlet I had purchased for a crash test. It was 4 pages long.

Since I learned Spanish before English (actually both simultaneously), diagramming meant a lot to me sorting out the differences in the languages.  In Spanish, the adjective comes after the noun. In English, it is the opposite. For example:

Spanish: Look at the man digging the ditch with a beard.

English: Look at the man with a beard digging the ditch.

I still periodically confuse the two, and sometimes it creates confusion on the part of the listener.

We all remember “I before e except after C.” Never believed it, and here’s the proof:

I’m sure I learned these English grammar terms, but have forgotten most of them. The diagramming was instilled into my brain so deeply that it’s instinctual now. One time I applied for a job and was selected over the other candidate because I knew a split-infinitive when I saw it (even though I didn’t remember what it was called.) It was just wrong.

Scrabble, move over. The diagramming grammar fanatics are on the way!